Craft Along with GIY: Favorites

Hey, readers.  Guess what time it is.  It's Adventure Time Craft Along with GIY Time!  This month's theme is Favorites.  For this one, I put away the jewelry supplies and decided to tackle a t-shirt DIY project that involved one of my favorite symbols.

Back when I was a kid, I would sometimes spend the weekends at my Grandmother's house.  When the time to go home came, either my parents picked me up or my uncle drove me.  This was one of those weekends where my uncle took me back.  On the drive home, I noticed that he was wearing a ring with a symbol on it that I had never seen before.  I asked him what it was, and he told me it was called an ankh.

He went on to say that it meant eternal life.  I've been fascinated with the symbol since.  So, for this month's Craft Along, I decided to paint an ankh on one of my blank t-shirts.  First, I cut an ankh stencil out of an empty cereal box. 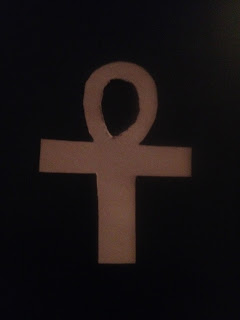 Then, I picked up some black and white fabric paint. 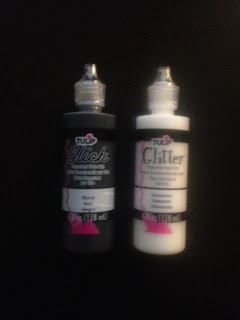 Since the t-shirt that I was going to be painting on was black, I put the black paint aside and just used the white one.  At least what I thought was white.  When I read the label on the bottle, I thought it was white paint that contained glitter.  Nope.  After I squeezed the paint around the stencil and started to fill the ankh shape in with it, I realized that it was glitter paint that was suppose to dry clear.

I thought it wasn't a big deal and could just get some regular white fabric paint the next time I went out.  But when I looked at the shirt the next day, I changed my tune.  Instead of drying clear, the paint had dried a silver color and the glitter added a pop of sparkle. 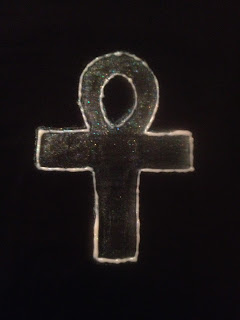 Liking what I was seeing, I filled in the ankh with another coat and let it dry. 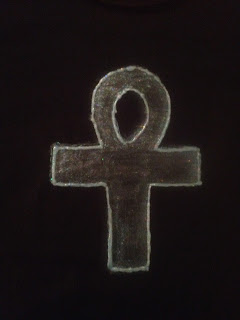 Happy with my paint job, I broke out the scissors and attacked the hemlines. 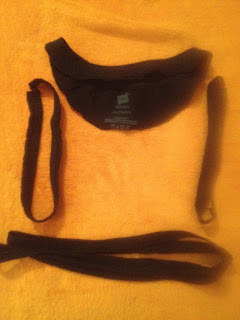 I present to you, the finished product.  Sorry for the sideways photos.  The iphone usually rotates the image to the upright position after it's taken. 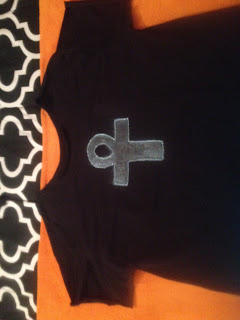 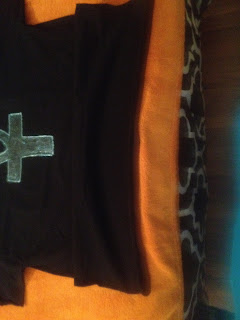 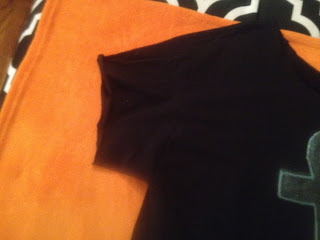 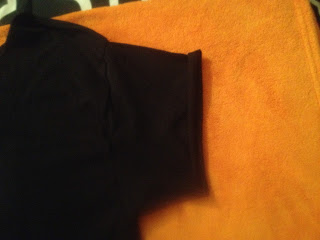 This was my first attempt with using fabric paint, and it was a success.  I started out shaky, but ended up getting the ankh design that I wanted.  Congrats to me.  Til next time.
Posted by Aji LaStrange at 4:24 PM 10 comments:

Hey, readers.  Had myself a pretty chill birthday weekend.  On Friday, my cousin took me to see Justice League.  We went to one of those dine-in theaters and had at drink at the bar before it started.  Then, we got our dinner on while watching the movie.

I'll say this about Justice League, it was pretty okay.  It wasn't something to write home about.  But it was definitely better than BvS: Dawn of Justice.  The movie got a few chuckles out of me, and would be something I'd watch again if it was on TV.  The following Sunday, some of my other family members came over to celebrate.

My mother cooked some appetizers and they, per my request, brought Chinese take-out.  Once again, due to a lack of communication, I wound up with 2 cakes.  Score.  An awesome Sunday was had.  Now, onto the gifts.

Most of the gifts I received were some clothing essentials that I needed.  So, I'm just gonna skip telling you about those and show you my top 2 favorite non-clothing items.  A sugar skull mug and a new Rocky Horror Picture Show DVD to replace the one that I lost. 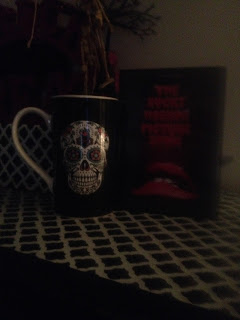 Got any plans for Thanksgiving?  Let me know in the comments.  Til next time.

Hey, readers!  It is officially my birthday!  To celebrate this momentous occasion, I decided to create a playlist.  So, get on the imaginary dance floor and shake it!  Or stir it.

Or swoon like a weeping willow.  Or stand in the corner and smoke cloves.  Do whatever you want.  Happy listening!

Hey, readers.  Didn't know what to title this post.  So, I just came up with something random.  Anyway, nothing super interesting to post about.  Got to see Thor Ragnarok last weekend.

It was definitely better than the previous Thor films.  Also got a birthday coming up next week.  I'll be turning the big 34.  It falls on the same day that Justice League comes out.  Might be seeing that to celebrate the occasion.

That's all I have to report for now.  Til next time. 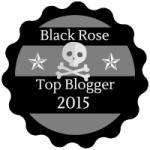